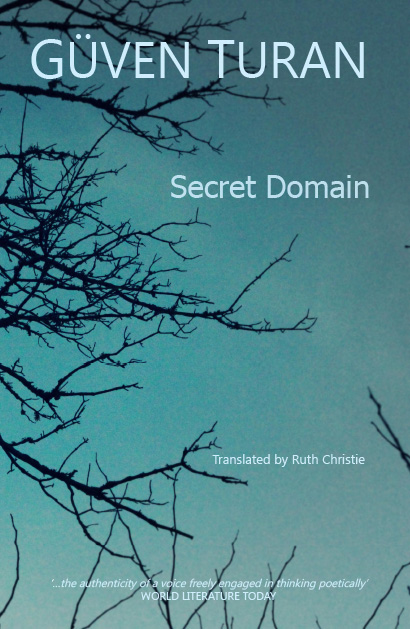 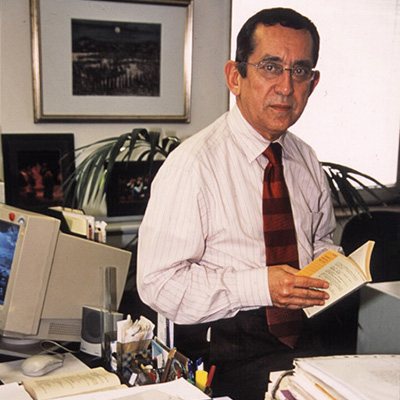 The Secret Domain sequence reads like an extended minimalist monologue, in which the poet induces rather than works the language, inscribing the physical limits of the page while summoning and invoking imaginative space beyond it. Turan speaks of, and out of, the profoundest silence – what Harold Bloom called the ‘dumbfounding abyss between ourselves and the object.’ The frequent dichotomy of being and non-being, signaling presence and absence, belays the intricate metaphysics, the flowing of becoming and disappearance, union and separation that give definition to Turan’s unique place in contemporary Turkish verse.

Guven Turan was born in Gerze, Sinop, in 1943. He studied English and American Literature at Ankara University and holds an MA degree in American Literature. He worked as an instructor at the same university, wrote programs for the ‘Voice of Turkey,’ which broadcasts for Turkish nationals living abroad, edited literary reviews, and, from 1976 to 1995, worked in advertising. His first poem was published in 1963, and since then he has published many poems, short stories, novels, art and literary criticism, and translations of English and American poets. To date he has produced nine books of poetry, three novels, three books of essays and criticism, and a book of short stories. A number of his poems and short stories have been translated into English and French. He has participated in the International Writing Program at the University of Iowa; in the Cambridge seminars; and in the Voix de la Mediterranée, in Lodéve, France. He is now a consultant editor for Yapı Kredi Publications.

Ruth Christie is a freelance translator from Turkish, born and educated in Scotland. She taught for two years in Turkey and later studied Turkish language and literature at The School of Oriental and African Studies in London.

With Saliha Paker she collaborated in translating a novel by Latife Tekin (Marion Boyars 1993) and has jointly with Richard  McKane translated extensive selections from two major poets, Oktay Rifat and Nazım Hikmet, both published by Anvil Press. With Selçuk Berilgen she translated Feyyaz Fergar’s idiosyncratic novel ‘Mrs. Valley’s War’ (Rockingham Press. Her selected poems of Bejan Matur, ‘In the Temple of a Patient God’ was published by Arc in 2004 and in 2011-12 Matur’s two long poetic works ‘How Abraham Abandoned Me’ and ‘Infinity’s Watchman’, translated jointly with Selçuk Berilgen were published respectively by Arc and The Bloomsbury Qatar Foundation. Translations from other Turkish poets have appeared in magazines and anthologies in Turkey, America and U.K.