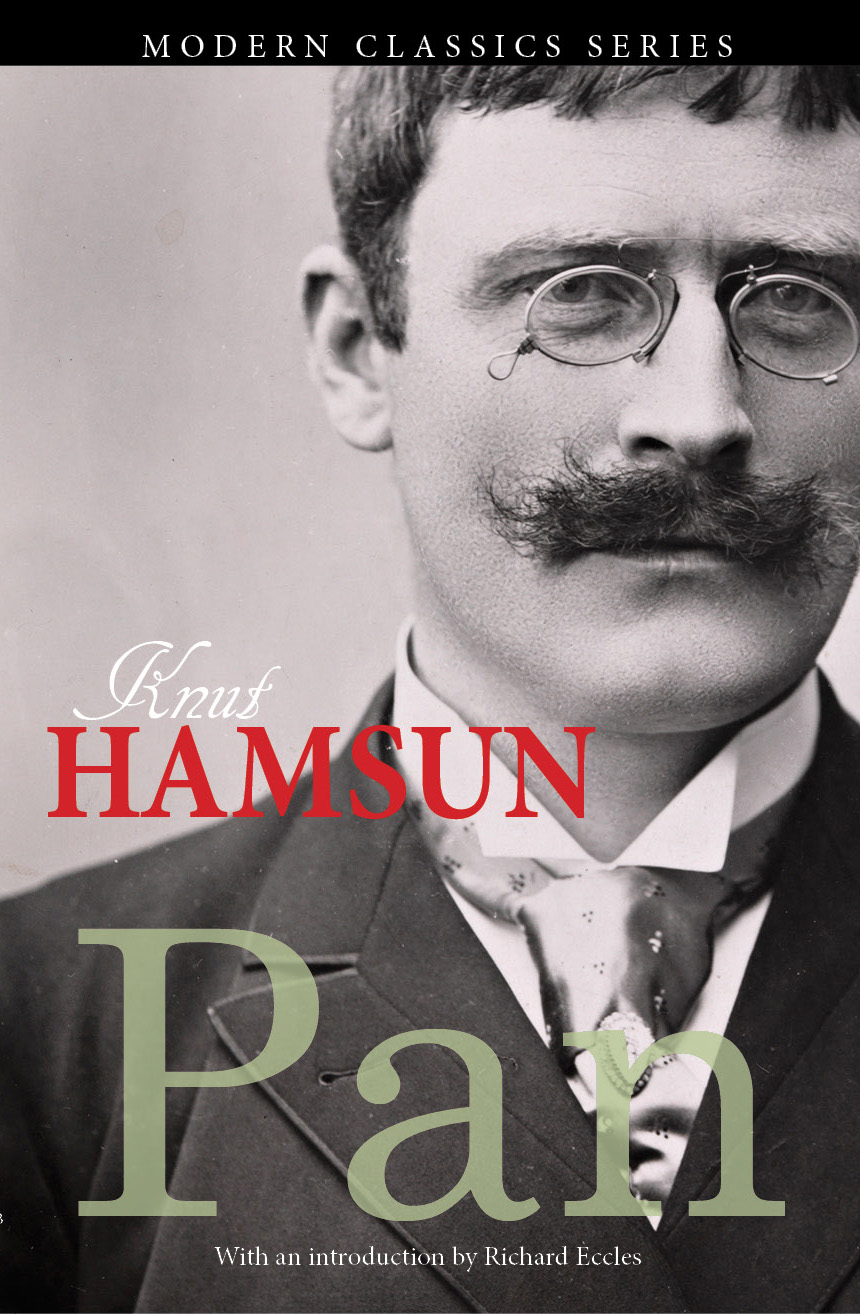 First published in Norwegian in 1894, Pan tells the story of Lieutenant Thomas Glahn’s life and adventures in a remote township in northern Norway, a scene described by Richard Eccles in his poignant introduction as ‘that remote, exotic, romantic, difficult landscape of extreme and epic beauty at the top of the world…’

‘The whole modern school of fiction in the twentieth century stems from Hamsun.’
Isaac Bashevis Singer