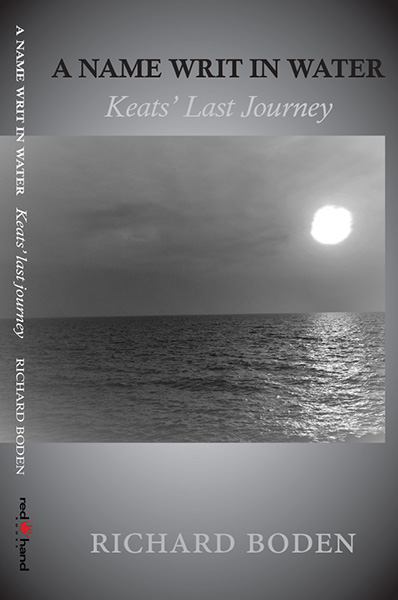 England’s greatest Romantic poet is dying and to ease the passing his doctors have prescribed a stay in Italy. But the journey is perilous and his companions carry their own secrets and sufferings.

Richard Boden’s first novel is an extraordinary, poetic, moving and unflinching recreation of Keats’ last few months before his inevitable horrific death from ‘consumption’ in 1821.

Based on careful research using contemporary letters and accounts, Keats’ very particular intellect and character are delicately brought to life as he is forced to deal with the meaning of his own life and death on board a ship with three equally lost and lonely companions, each with their own story to tell…