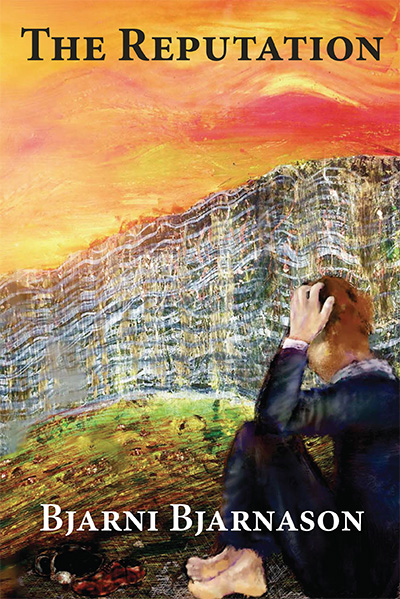 Punched, kicked, spat at and publicly condemned, former golden boy of Iceland’s meteoric financial rise and author of its meltdown, Starkaður Levi, is facing a long prison sentence. In desperation he searches for a way out that leads him to The Firm and a way of saving his reputation….

In this brand new translation of Bjarni Bjarnason’s intelligent, ironic, comic and tragic novel he explores the motivations and weaknesses of the moneymen who brought so much misery to so many. And just how far they will go to save their reputations.

Bjarni Bjarnason is a prolific prize-winning author with translations of his work in Arabic, Faeroese, German and English. And with The Reputation, (Mannorð) he established himself right at the forefront of modern Icelandic literature with its controversial portrait of a well-known Icelandic millionaire that has become a standard text for post-crash Icelandic studies.